Posted at 01:00h in Case Studies by admin
0 Likes
Share 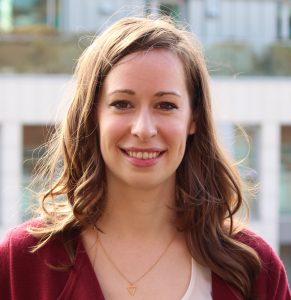 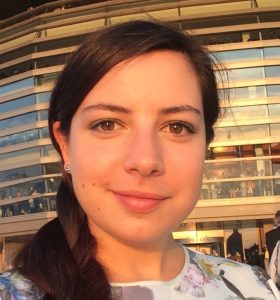 To celebrate International Women in Engineering Day we are shining a spotlight on two ‘powerful women’ working to transform the future in the energy sector.  Kirsty Townsend and Beatrice d’Eufemia are from Ørsted, part of POWERful Women’s Energy Leaders’ Coalition, and Kirsty was featured in their May report ‘Positive Steps towards Gender Balance’. Beatrice was recently crowned Young Energy Professional of the Year at the industry-wide YEP Awards.

Kirsty and Beatrice are two women playing important engineering roles in offshore wind.  As Head of Operations Support, Kirsty has a high-level role managing five teams and 35 positions and a day-to-day job that involves strategic, financial and business development for a global portfolio.  Beatrice is Senior Technical Project Lead for the Operations Concept Line, scouting out new technologies to improve the operations of Ørsted’s offshore wind farms.

Beatrice loves the variety of her job, which in a typical week can take her to Scotland to work on the latest technology, then back to the teams that will be implementing it.  She says it reflects Ørsted’s agile way of working.  “I really like the fact that, working for a really big company, there are so many different people, different backgrounds, and different parts of the business.”

Offshore wind is one of the world’s fastest-growing energy sectors and an industry in which the UK leads the global field. It offers exciting opportunities for women, now and in the future. “The energy sector – and in particular renewables – is one of the few sectors of engineering that is always looking forwards,” says Beatrice.  “One of the things that pushed me into renewable energy is that you are literally looking 10 years ahead all the time, and that’s really exciting – especially in offshore wind.  And it’s also one of the reasons I am in the innovation sector – it’s fun and I want to see what’s next.”

Beatrice did her GCSEs in the UK but, with her mother being a diplomat, had her last two years of schooling in Cairo, where she found the international baccalaureate really helpful.  She didn’t get the required grades for the Environmental Engineering degree course at UCL but persuaded them to let her in anyway. “I wrote them a very heartfelt letter saying if you want me to do extra papers I’ll do them, I have got big ambitions and big ideas.”Having developed an interest in energy, a Masters of Science in Energy and Environmental Engineering at the University of Sheffield followed, and while she kept her options open she already had her sights set on offshore wind – and set high. “I was most interested in the offshore wind sector because it seemed to be one of the renewable energy industries that were expanding the fastest.  I literally googled ‘best wind energy company in the world’, and applied there!”  She was accepted onto Ørsted’s two-year graduate programme and spent a total of three and a half years in Copenhagen, before moving to the UK in February for her current role.

Kirsty’s career is strongly established, appointed to her first major role in 2013 as Project Manager for West Duddon Sands offshore wind farm and then rising through Ørsted’s ranks to her current senior position.  Following degrees in Natural Sciences and Environmental Technology and stints in consulting and energy policy, she has excelled in an engineering-based career in offshore wind.

Developing the female pipeline – what works

With women making up only around 12% of the engineering workforce in the UK and occupying only 16% of board positions in the energy sector, the value of a supportive environment – such as positive role models and flexible working practices – is clear.

Kirsty’s rise has benefited from Ørsted’s commitment to diversity and inclusion and sponsorship through the Leaders Plus initiative, an award-winning programme designed to support talented individuals to stay on the leadership pipeline while enjoying a young family.

Kirsty was actually appointed to her current role while on maternity leave.  Through the programme, she explored her own biases and assumptions around being an ambitious working parent and set herself guidelines around a more flexible way of working. She typically works from home immediately before or after travel and manages her diary so that she can collect her child early from nursery three days a week.

“I openly discuss my ongoing challenges with work-life balance, and my team and peers help me to make good sustainable choices and to be a role model as a parent. You do not need to have children to strive for flexible working, but for me having my baby son was the push to finally get the balance right.”

Kirsty says Leaders Plus empowered her to apply for a more senior role. Although she didn’t get that particular position, the interview and subsequent conversations were key enablers to other opportunities, such as finding a fantastic mentor.  In turn, the programme pushed her to support others and she now mentors four people outside her department. She also volunteers at the Natural History Museum STEM outreach programme.

For Beatrice, the graduate programme was key. “The whole idea of the programme is that it is talent development and you get to move around in different teams so you get lots of exposure early on.”  Being in a large organisation means learning to be flexible, which is an advantage:  “In my first year I was in three different teams without changing roles – you have to be able to roll with the punches.” She thinks that showcasing the different types of roles for engineers – including the softer project management jobs – is important in attracting more women.

No doubt, winning Young Energy Professional of the Year 2019 will also help Beatrice onto bigger and better things.  Recognised for being an exceptional project manager and for standing out in an industry dominated by men, this young engineer has identified a solution that could save the company millions and change the way things are done in the industry.

So what advice would these two powerful women give to others developing their careers?

“Be yourself!” says Beatrice. “If you are yourself and you are enjoying what you are doing, you are going to succeed.”

Kirsty gives the working parent perspective: “I really do believe if you are working for the right company you can have both a wonderful rich family life and an incredible career. I hope my son will grow up proud that his Mummy is trying to save the world.” And she adds: “A very smart person once told me, run towards the fires. I’d encourage all passionate and ambitious people to seek out the tough problems and make sure they are part of solving them.”