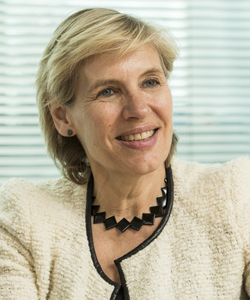 Ruth Cairnie is the Chair of the POWERful Women initiative. She is also the Chair of Babcock International Group and the SID at Associated British Foods plc where she chairs the Remuneration Committee. She was previously on the boards of Rolls-Royce Holdings plc, Keller Group plc and ContourGlobal plc.

Ruth is also a Patron of the Women in Defence Charter. She is a trustee of Windsor Leadership.

During her executive career, Ruth was mainly based in London but also lived in Stockholm, Hamburg, Singapore and the Hague.

Ruth has a BSc Joint Honours in Mathematics & Physics from Bristol University and a Masters in Advanced Studies from Cambridge University. 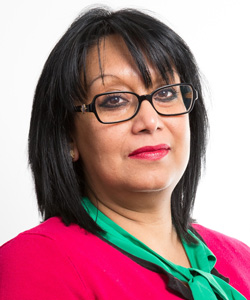 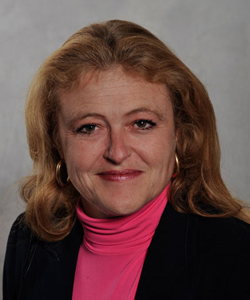 Laura Sandys CBE, co-founder of Powerful Women is a business entrepreneur and political innovator. In both politics and the corporate world, Laura has campaigned for changes in food security, together with resource management and energy markets as Parliamentary Private Secretary to the Energy Minister.

She is the CEO of the organisation Challenging Ideas, a creative space for businesses to test ideas, models, and challenge status quo thinking in a safe environment, as well as the Chair of Energy Systems Data Taskforce. Laura also set up the Food Foundation as an independent policy think-tank to explore the changing challenges facing UK and international food systems.

Previously, Laura Sandys has served as the Conservative MP for South Thanet since 2010. She is the former chair of the European Movement UK, a not-for-profit, independent, all-party and grassroots organisation, which calls for closer integration and cooperation at the EU level in areas where collective EU action can deliver better results than individual member states acting on their own. 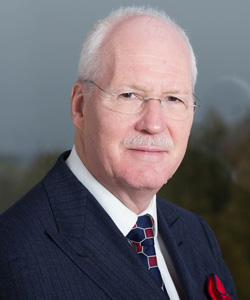 Francis Gugen is a founding member of POWERful Women, as well Director & Chair Audit Committee of SBM Offshore NV; the world’s largest offshore floating production facilities provider, with a market cap of £2.5bn operating 1% of the world’s oil production. Francis has over 40 years’ experience in the oil and gas industry. 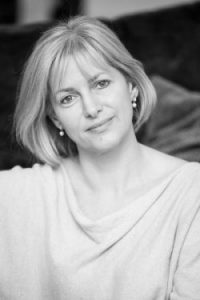 Louise is also a non-executive director on the board of Energy Saving Trust. She has previously been President of the Energy Industries Club, advisory member of the Energy Policy Board at the University of Birmingham, judge for HM Queen’s Prize for Higher and Further Education and council member of the All Party Parliamentary Group for Energy Studies.

In 2006, she received a Global Leadership in Energy Award and in 2011, the OBE from HM Queen for services to the energy industry. In 2017 she was awarded an Honorary Science Doctorate from the University of Bath. 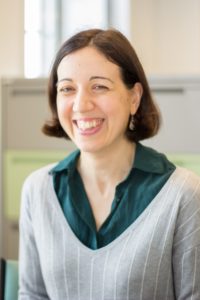 Prior to this she was the head of the department’s Shale Gas team, and before that Head of Programme for Electricity Market Reform in the Department for Energy and Climate Change. She has worked on energy policy for the past ten years. 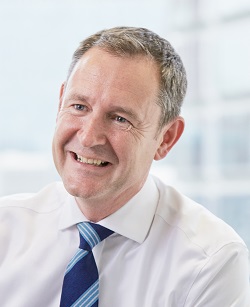 Matthew Wright is the former Managing Director of Ørsted in the UK (previously DONG Energy).

He joined the Company in May 2017.  Matthew has 30 years’ experience in the utilities sector, working both in the UK and overseas.  Most recently he spent 10 years in the UK water sector, first as Managing Director at United Utilities and subsequently as CEO of Southern Water, a position he held for 6 years.

Prior to this, he spent 20 years in the electricity industry and held a number of senior strategic and operational roles with ScottishPower in the UK and PacifiCorp in the USA. 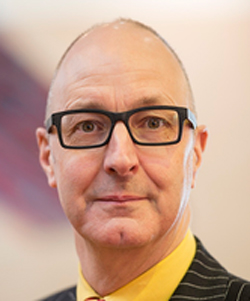 Simon Fanshawe OBE is a co founder and partner of Diversity by Design, a ground breaking consultancy that works with organisations to develop diversity solutions in response to strategic questions in order to build greater performance. www.diversitybydesign.co.uk

Previously, Simon was chairman of the University of Sussex governing Council. He is currently on the Boards of Brighton Dome and Festival, Housing and Care 21 and of POWERful Women and is a Trustee of The Museum of London.

Simon was also a co-founder of one of the most successful lobby and campaign groups in recent times, the lesbian and gay equality organisation Stonewall. He is now a co-founder of the Kaleidoscope Trust, supporting LGBTI activists abroad.

Simon is a broadcaster, writer and pundit. He was awarded the OBE in the New Years Honours list 2013 for services to Higher Education. And he was made an Honorary Doctor of the University of Sussex for services to diversity and human rights in 2013. 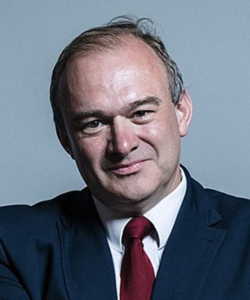 Sir Edward Davey has served as the Member of Parliament for Kingston and Surbiton from 1997 to 2015, and since the General Election of June 2017. In 2019, Edward was elected as acting co-leader of the Liberal Democrats alongside Sal Brinton.

An economist by trade, he was a business consultant before he was elected for the first time in 1997. It was his concerns about our environment that first got him politically active. Ed was Secretary of State for Energy and Climate Change in 2012-15, and in 2016 set up a consultancy working primarily in the energy and climate change field. He chairs a Community Energy Co-operative Company called Mongoose Energy  and was honoured to receive a knighthood from the Queen in the 2016 New Year Honours. 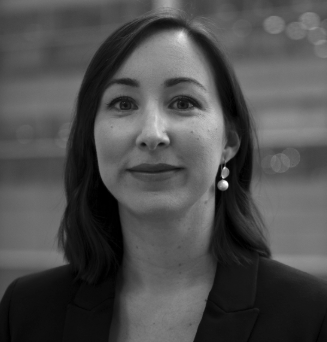 Elizabeth Baxter is a Principal Banker on the Energy EMEA team at the European Bank for Reconstruction and Development (EBRD). She leads origination, execution and monitoring of project finance lending for renewable energy projects in central and southeast Europe as well as corporate finance lending for electricity distribution and transmission. Since joining EBRD in 2010 she has signed almost a billion euros of energy financings. Prior to EBRD, Elizabeth was a financial associate at Biossence Ltd, a UK waste to energy developer. She began her career at Lehman Brothers in New York. She has a Bachelor in Economics and International Studies from Yale and a Masters in Management and Strategy from the London School of Economics. 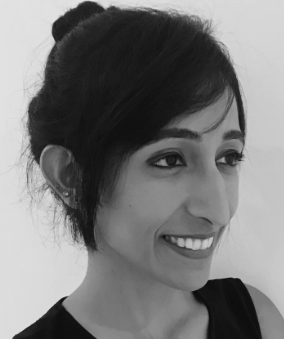 Rubina leads e-mobility technology strategy and innovation at Centrica. She manages new technology development to enable the convergence of clean energy and electric vehicles, with the goal to accelerate our global transition to net-zero. Rubina serves as an Advisory Expert to the Solar Impulse Foundation and is also a judge for and mentor to cleantech startup competitions internationally. For her achievements in enabling the transition to net-zero, Rubina was selected as the Young Energy Professional of the Year 2020 by Energy UK. Her career has spanned work in Australia, the United States and the UK. In her previous roles, Rubina headed up the Fraunhofer TechBridge programme to accelerate innovation and investment in clean technologies and set up a new electric vehicle division at Gemserv. She is a regular speaker at international conferences and a thought leader with more than 10 publications in leading journals including IEEE, TechCrunch and PV Tech Power. Rubina graduated with a first-class honours in sustainable energy engineering from the Australian National University and received her master’s degree in engineering from the University of Michigan, Ann Arbor.