POWERful Women and PwC have today published the latest ‘state of the nation’ on the gender balance at the top of the UK energy industry.  The 2020 annual board statistics show progress in the number of women occupying board and executive board seats – now 21% and 13% respectively.  It represents a noticeable shift from last year towards POWERful Women’s target of 30% for executive board roles by 2030.

However, the statistics also show that faster progress is needed and that the number of all-male boards in the UK energy sector remains disappointing. 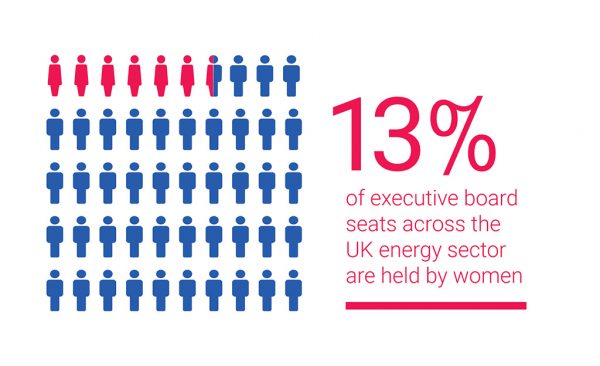 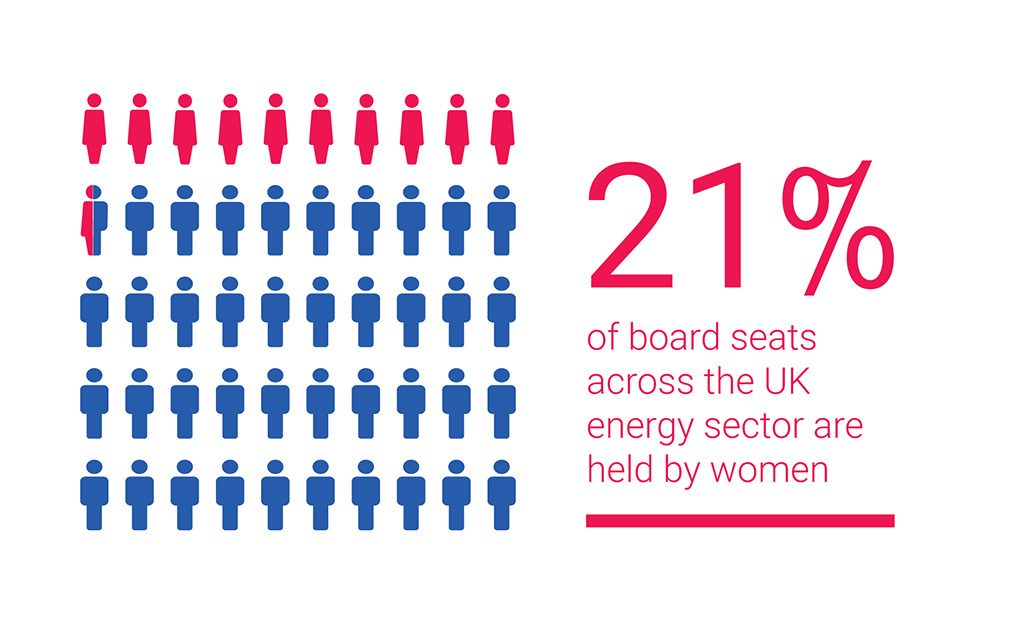 This year’s analysis by PwC for POWERful Women looked at the composition of the boards of the top c. 80 companies in the UK energy sector, focussing on the most significant employers.

“This year we have seen the most progress since we started compiling board statistics five years ago. The increase in the number of women in executive director positions is particularly noteworthy.  Nonetheless, there is a long, long way to go before the representation of women at senior levels is sufficient or sustainable.

And special attention is needed with all the COVID-19 disruption to ensure that we don’t fall back on old habits and lose the progress that has been made – especially in building a strong pipeline of female talent for senior leaders who will tackle the energy challenges that lie ahead.  At times of uncertainty and disruption, the benefits of diversity and inclusion are more critical than ever.”

“The progress being made by energy companies to improve gender balance on their boards is to be welcomed, but the pace of improvement makes it clear that there is a long journey ahead of us if 2030 targets are to be met. We are on the right path, but companies will not want to delay adopting strategies and plans which enable talented women in the sector to be given the opportunity to reach their full potential.

“As the sector moves through the energy transition, and adapts plans for a world disrupted by COVID-19, Boards will want to act on the advice of POWERful Women, who have been tirelessly campaigning for improvements to the balance of diversity.”

POWERful Women’s target for the UK energy sector is for 30% of executive board seats and 40% of middle management roles to be occupied by women by 2030.

Evidence continues to show that greater diversity and inclusion in decision-making teams produces better business outcomes.  The latest report from McKinsey2 finds “companies in the top quartile for gender diversity on executive teams were 25 percent more likely to have above-average profitability than companies in the fourth quartile—up from 21 percent in 2017 and 15 percent in 2014.”

In response to the lack of women at the top of the UK energy sector, in 2018 POWERful Women launched the Energy Leaders Coalition (ELC), a group of CEOs committed to increasing gender diversity and inclusion within their organisations and across the industry.  They are playing a leading role in POWERful Women’s drive to shift the gender balance.

At POWERful Women’s Annual Conference on 1st October (rescheduled from May) the ELC will publish its second anniversary report, detailing the work they have done in the past year, how they are demonstrating good practice when it comes to leadership and practical action, and where they still need to make further progress.